It’s no news that popular Nigerian Singer David Adeleke popularly known as Davido has been off social media for sometime now after some controversial stories.

Though there has been several stories behind his reason for staying off social media,the singer has never confirmed any of this reasons.

Do you think there’s a reason why he stayed off or it was just a way to let his new music trend? 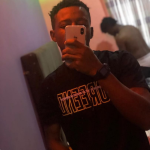 Planning To Travel Abroad? Book Your IELTS Test At The Official IELTS Centre

Never Watch These 5 Movies When Your Parents Are Around

Ladies: 5 Places To Touch Your Man And He Will Love You More

SOJi ViBE Face Of The Week

Name: Onyi Anusim
Occupation: Entrepreneur
Status: single
Phone Number: 08130885176
Favourite Quote: I can do all things through Christ that strengthens me.

Click Here To Be The Next Face Of Soji Vibe

SOJI VIBE OF THE MOMENT